Did Aaron Taylor-Johnson cheat on his wife with Joey King? The rumors, explained 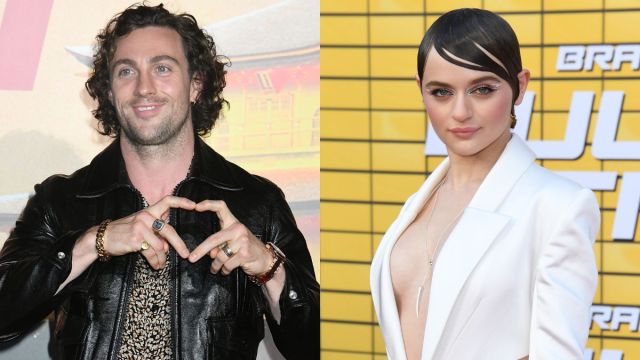 Twitter and social media are abuzz with speculation, scandal, and rumor of stars Aaron Taylor-Johnson and Joey King having an affair, despite Taylor-Johnson’s marriage and King’s relationship status.

Taylor-Johnson and King starred in one of the biggest action flicks of 2022 in Bullet Train, and six months on from the premiere there has been substantial innuendo over the two having a sexual relationship sometime during the filming of the Brad Pitt film.

Did Aaron Taylor-Johnson cheat on his wife with Joey King?

The rumors of an affair between Taylor-Johnson and King originated on TikTok, with gossip accounts reporting the two had an affair during the filming of Bullet Train. There has been little to no evidence to back up such claims, other than speculation which has long surrounded both actors and their individual relationship statuses.

Taylor-Johnson has been married to filmmaker Sam Taylor-Johnson for over a decade, with their relationship notable for a large age gap. The actor began dating the Fifty Shades director in 2009 when he was 18 and she was 42. There’s been a near endless stream of rumors surrounding their divorce after they married in 2012.

King has been subject to multiple rumors around affairs and flings, although she has been dating Steven Piet since 2019, and became engaged in Feb. 2022. King attended Bullet Train premieres and red carpets with her fiancé, and nothing seems to have changed. Very private around her personal life, nothing can be confirmed over an affair with Aaron Taylor-Johnson or fellow actor Jacob Elordi.

Twitter has very much eaten into the rumors, with many celebrating the affair due to a perception of Sam Taylor-Johnson grooming Aaron, which is murky waters best left untouched.

Mostly peaceful protests held across the U.S. after release of Tyre Nichols footage

Pope Francis: Homosexuality “is not a crime,” but gay sex is “a sin”