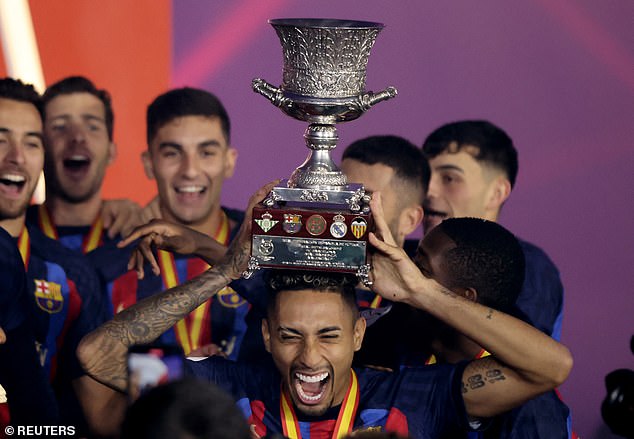 Barcelona are open to selling Raphinha during the January transfer window, but only if the interested party agrees to pay £100million for his services, according to reports.

The 26-year-old joined the Nou Camp from Leeds United over the summer and has made 23 appearances for Barcelona during the 2022-2023 campaign, scoring three goals.

However, the Brazilian international has struggled to cement a place in Xavi‘s starting XI. Therefore, he is said to be open to a transfer, with the a return to the Premier League touted as his likely destination.

Arsenal are said to be interested in signing Raphinha later this month as Mikel Arteta is looking to add attacking depth to his squad.

Mudryk snubbed Arsenal and completed £88million move to Chelsea despite being heavily linked with the Gunners.

The 22-year-old’s decision frustrated the Spanish manager – who has been forced to look at alternative options for his Arsenal side. 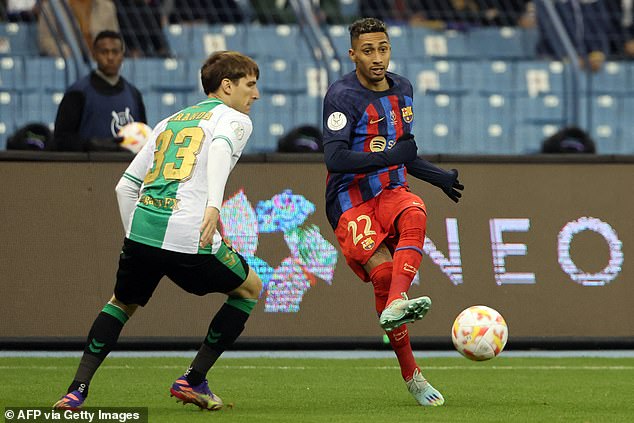 However, they have said the interested party agrees to pay £100million for his services 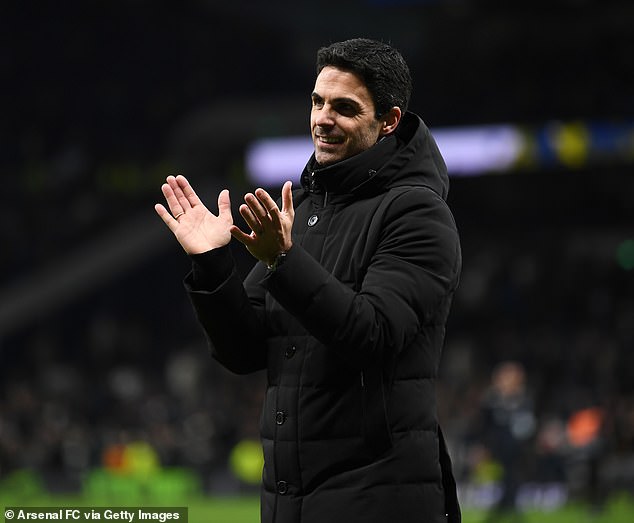 But, Barcelona’s valuation of Raphinha could be problematic for Mikel Arteta’s side

According to Diario Sport, Barcelona president Joan Laporta is willing to ‘negotiate a transfer package’ for Raphinha.

However, Barcelona have made it clear that Arsenal must meet £100m price tag they attached to the 26-year-old winger.

Barcelona’s valuation of Raphinha could be problematic for Arsenal – who are eager to secure a forward before the transfer window closes on January 31.

Nevertheless, Arteta could still move for the 26-year-old as he is eager to reinforce his squad to help the Gunners secure their first Premier League title in 19 years.

Arsenal beat Tottenham 2-0 in Sunday’s North London derby to go eight points clear at the top of the league, but face a tough test against Manchester United on Sunday. 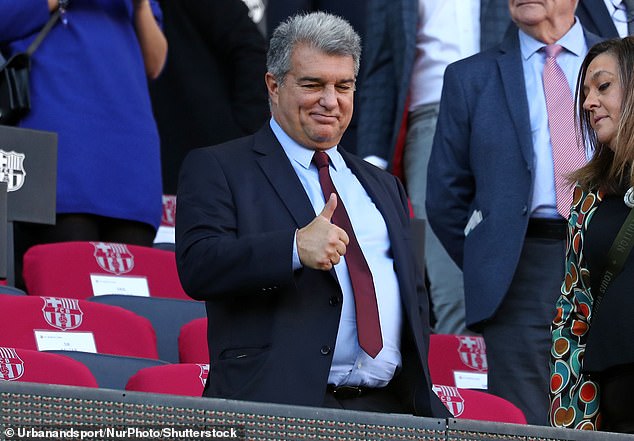